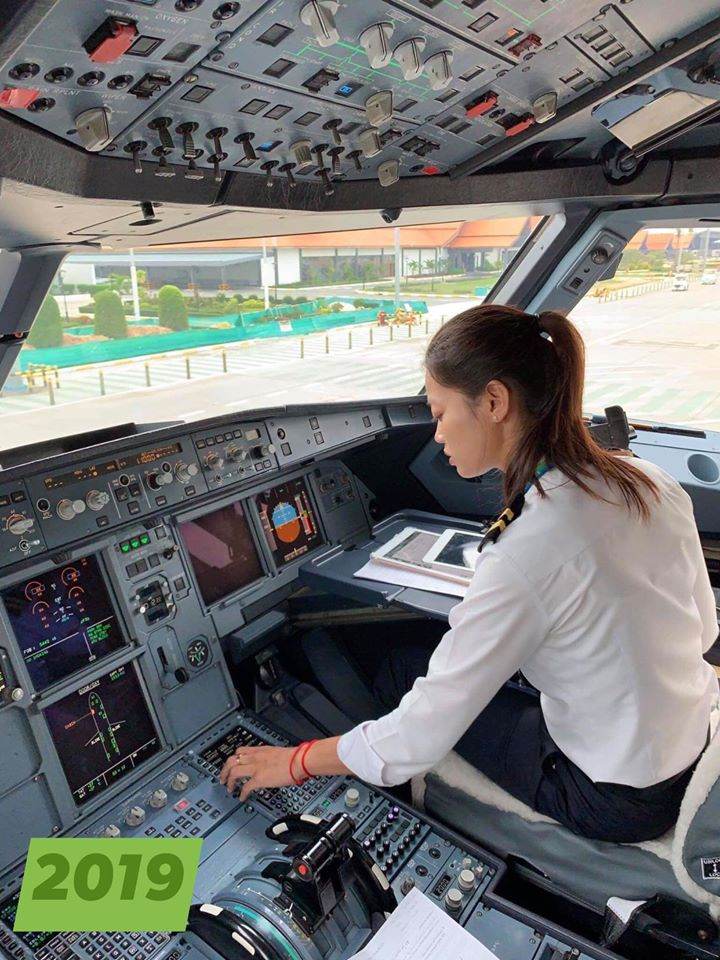 At the age of 29, Hong Chenda became a pilot at a major Chinese airline, Lanmei Airlines, as an Airbus 320 pilot and the first Cambodian woman to fly an AirBus. Behind the success of her career as a pilot, Hong Chenda had a history of working only as a flight attendant.

According to a recent publication by the Information Department of the Ministry of Women’s Affairs, Hong Chenda graduated from Bak Touk High School in 2011 and pursued a bachelor’s degree in hotel and resort. Tourism at Norton University and she completed her bachelor’s degree in 2015.

According to the source, during her third year as a student, Hong Chenda, because she wanted to gain work experience and understand the differences between providing services to guests on the plane and at the hotel, she also applied. Work as a flight attendant in Cambodia Angkor Air. Angkor Air then partnered with Viet Flight Training in Vietnam, a great opportunity for Cambodian students to become pilots.

After learning that the partner company provided opportunities for Cambodian students to learn to fly, Ms. Hong Chenda immediately attended a flight theory training course in Vietnam for six months and then continued. Study Live Pilot Practice in the Philippines for another 13 months. She later learned to fly a large Airbus aircraft in South Korea for an additional month and 20 days before becoming a pilot.

In conclusion, Ms. Chenda spent four years studying for a pilot, from 2016 to 2019. The young pilot also said that in order to be a pilot, we need to know English, the official language, and even better if we can know other languages. On the other hand, we need to learn more because this career has many new lessons that we need to learn. However, please do not think that we women can not do like men, because anyone can do this work, it is important that we love and put our heart into it.